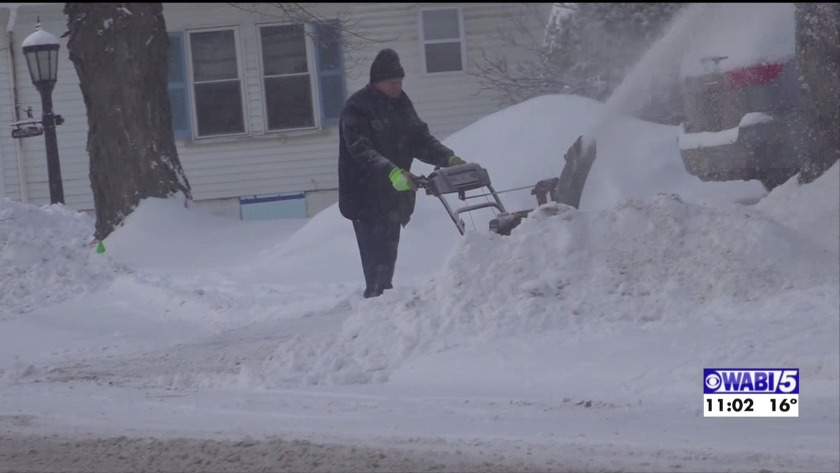 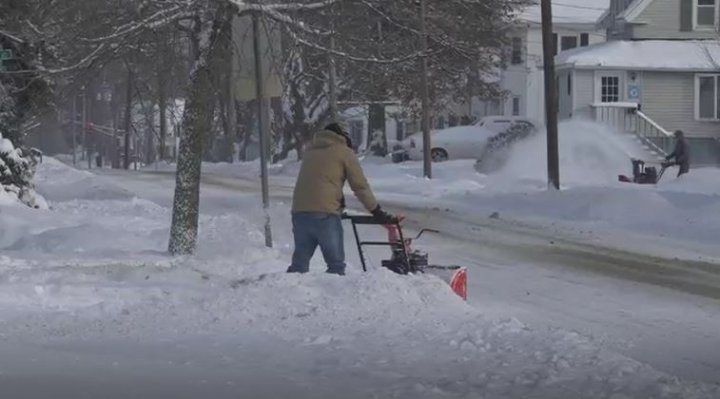 BANGOR, Maine (WABI) - Mainers all across the state saw several inches of snow after this weekend's storm.

Starting late Saturday night crews were out in full force.

Paul Merrill, the Maine DOT Spokesperson says, "We had crews come out later Saturday night and they worked pretty much through the night and as of mid-morning Sunday, they are getting ready to do a final pass on the roads and then getting home to get some sleep."

The storm system created tough road conditions but Merrill says they were prepared by pre-treating the roads.

Merrill says, "It's kind of like when you put butter in a frying pan before you fry an egg. It makes it easier to bring that snow up after it falls. Sand usually gives traction and then gets pulled up by the tires or blown away by the wind that's why we use mostly salt. Salt does a better job of keeping the road safer and passable for longer."

Early Sunday morning it was pretty window outside and about 6.5 inches of snow.

All of the highways were reduced to 45 miles per hour but because the storm was mostly cleared out by Sunday afternoon those reductions were quickly lifted.

He adds, "We haven't had any reports of any major crashes statewide. Here in the morning, we had speeds reduced on the interstate. Probably by lunchtime things should be pretty well buttoned up and as the sun comes up we are in for a plain old boring winter day in Maine. There shouldn't be any traffic issues come early to mid-afternoon."

Ice fishing took center stage in Brewer on the weekend

Investigators working to determine what started fire at Dexter home

Ice fishing took center stage in Brewer on the weekend